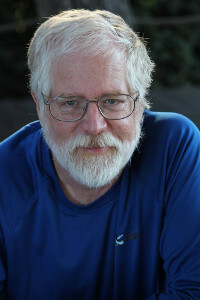 Dr. Hudman was born in Lincoln, Nebraska and was raised in Nebraska, Texas, and Oklahoma. He attended Oklahoma State University for undergraduate studies and a doctorate in veterinary medicine. After graduation, Dr. Hudman served as a Captain in the United States Army Veterinary Corp. He was stationed at Fort Riley, Kansas and Seoul, South Korea and in charge of military working dogs. After fulfilling his duties with the Army, he practiced in a large and small animal practice outside Tulsa, Oklahoma. In 1993, Dr. Hudman purchased Kennel Care Veterinary Hospital and has been practicing in the Chandler area ever since.

His hobbies include bicycling, camping, hiking, and outdoor activities. Dr. Hudman and his wife, Karen, have 3 adult children that have worked at Kennel Care and still reside in the Phoenix area. The Hudman household is shared by two French Bulldogs, a Norwich Terrier, and a African Spurred Sulcata Tortoise named Turbo. 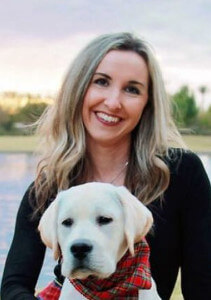 Kennel Care is excited to introduce Dr. Holly Tuttle to the team! Dr. Tuttle is an Arizona native who wanted to be a veterinarian as long as she can recall. At an early age, she became involved with the American Kennel Club dog events in both obedience and conformation. She placed numerous AKC titles on many of her Labrador Retrievers, and while in high school competed at the Westminster Kennel Club dog show in New York. She attended Arizona State University, where she obtained her Bachelor of Science degree in biology. She graduated from Colorado State University with her degree in Veterinary Medicine as well as her Veterinary Acupuncture Certification. She is an active member of the local Labrador Retriever Club and still participates in AKC dog shows with her Labs.

Her areas of interest include preventative health care, behavior, reproduction, and alternative medicine including acupuncture. 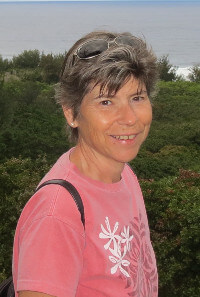 Dr. Edith Herczegh has been practicing veterinary medicine for 29 years, the past 26 years in the Ahwatukee area. Born and raised in Chicago, Dr. Herczegh earned her Bachelor of Science in Biology from the University of Illinois Chicago, remaining in her home state to earn her DVM in 1988 from the University Of Illinois College Of Veterinary Medicine in Urbana. After graduation, Dr. Herczegh moved to Arizona with her husband Al where he attended a graduate program at ASU. The Herzceghs liked Arizona so much, they decided to make it their home. Dr. Herczegh enjoys football, soccer and especially hockey. She’s also a fan of hiking and birdwatching. She and Al share their household with three dogs: a Boston terrier named Hannah and two pugs, Ernie and Zuzu.

We have been long-time clients, and with service like this, you are the only verterinary clinic we would ever use.

Dear Kennel Care Friends, We are so very grateful to each of you for your kindness and care toward Willie. You are the Best!

To all the Kennel Care staff: You are all very much appreciated. Our goodbye to our pet was more bearable because of all your kindness. You are wonderful.

For over 15 years I have taken my herd of cats and dogs to Kennel Care. The best compliment I can think to give is that I would fly across the country to use their services. This is the first Vet I’ve had who cares as much about our four legged friends as they do us. I’ve used all the services they offer including the kennel and my little devils come back to me just fine.

My sick puppy was treated with so much concern and care during a recent visit. Even though they were booked with appointments for the day, the doctor made time for me to bring my pup in for blood work and an exam. The entire staff is top notch and very professional. Kennel Care came highly recommended to me, and in turn, I’d continue to recommend them to anyone in need of a great vet!

I have been going to Kennel Care for over a year now, and I really trust the staff there. The whole staff is warm and caring, while at the same time maintaining a level of professionalism and competence that makes me feel very sure they are taking the best possible care of my dog. Whenever my dog has been sick, I get a follow-up phone call the next day, just to check on how she is doing. Really great customer service! This is by far the best vet in Chandler!

I basically trust these guys with everything I’ve got. They truly genuinely care about my dogs and they don’t beat around the bush but they tell it like it is. If they don’t know something (which is rare) they will be honest, and find out the answer, or direct you to the best possible place to receive the care.